Meet our Orthodontists at NCOSO

With 10 locations across NC including Cary, Dunn, Garner, Greensboro, Hamlet, Raleigh, Southern Pines, and Winston-Salem, NCOSO has an office near you. Our Orthodontists offer services such as Traditional Braces, Ceramic Braces, and Invisalign while our Oral Surgeons offer Wisdom Teeth Removal, Dental Implants, & more! Find out more about our Orthodontists below.

Request an appointment with one of our expertly trained Orthodontists today or call us at 833-GO-NCOSO to speak to a patient services representative! 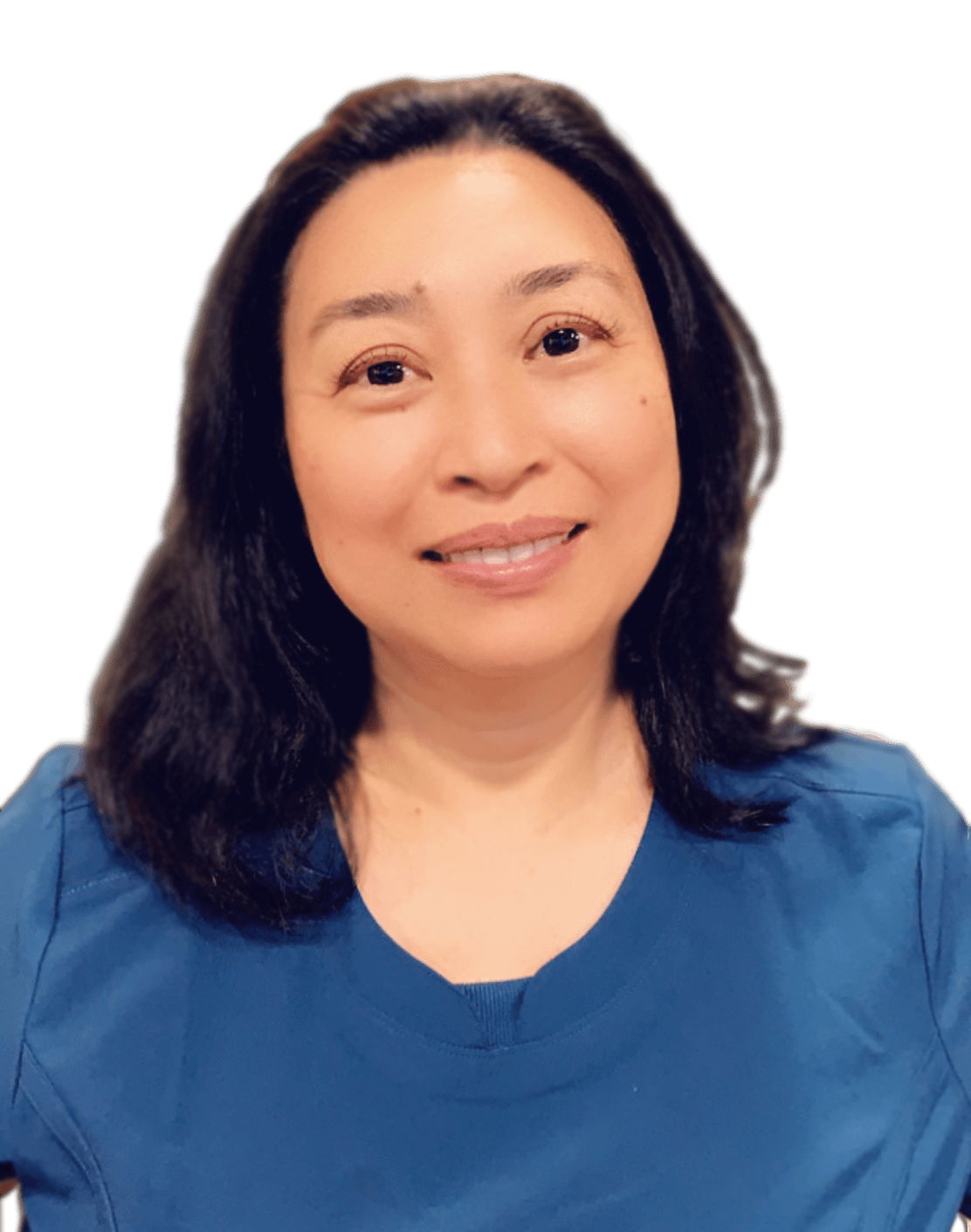 Dr. Grace Chen is an experienced Orthodontist who joined NC Oral Surgery and Orthodontics in early 2020. She comes to NCOSO with over 7 years of managing her own Orthodontic practices in Hawaii, 8 years of practicing as an orthodontist for Hawaii Family Dental Center, and 7 years of studying in the dental field.

Dr. Chen received her bachelor’s degree from the University of Electronic Science and Technology of China in 1989 and her Doctor of Dental Surgery degree from the University of Minnesota School of Dentistry in 2004. During her studies at the university, she received the Top Students Award for Academic Excellence four years in a row and the Excellence Award in Preclinical Prosthodontics in 2002. After completing her Orthodontic Certificate from the University of Colorado Health Sciences Center, she began practicing in Hawaii. Shortly after, she received many prestigious awards including Honolulu Magazine’s Best Dentists in Hawaii in 2014, 2015, and 2016.

Since moving to North Carolina, Dr. Chen states that her favorite thing about our state is the beautiful nature, the world-renowned universities, the weather, and especially the people.

In her spare time, Dr. Chen enjoys swimming, running, and traveling around the world with her family. She has also been known to dabble in karaoke and oil painting whenever she gets the chance. 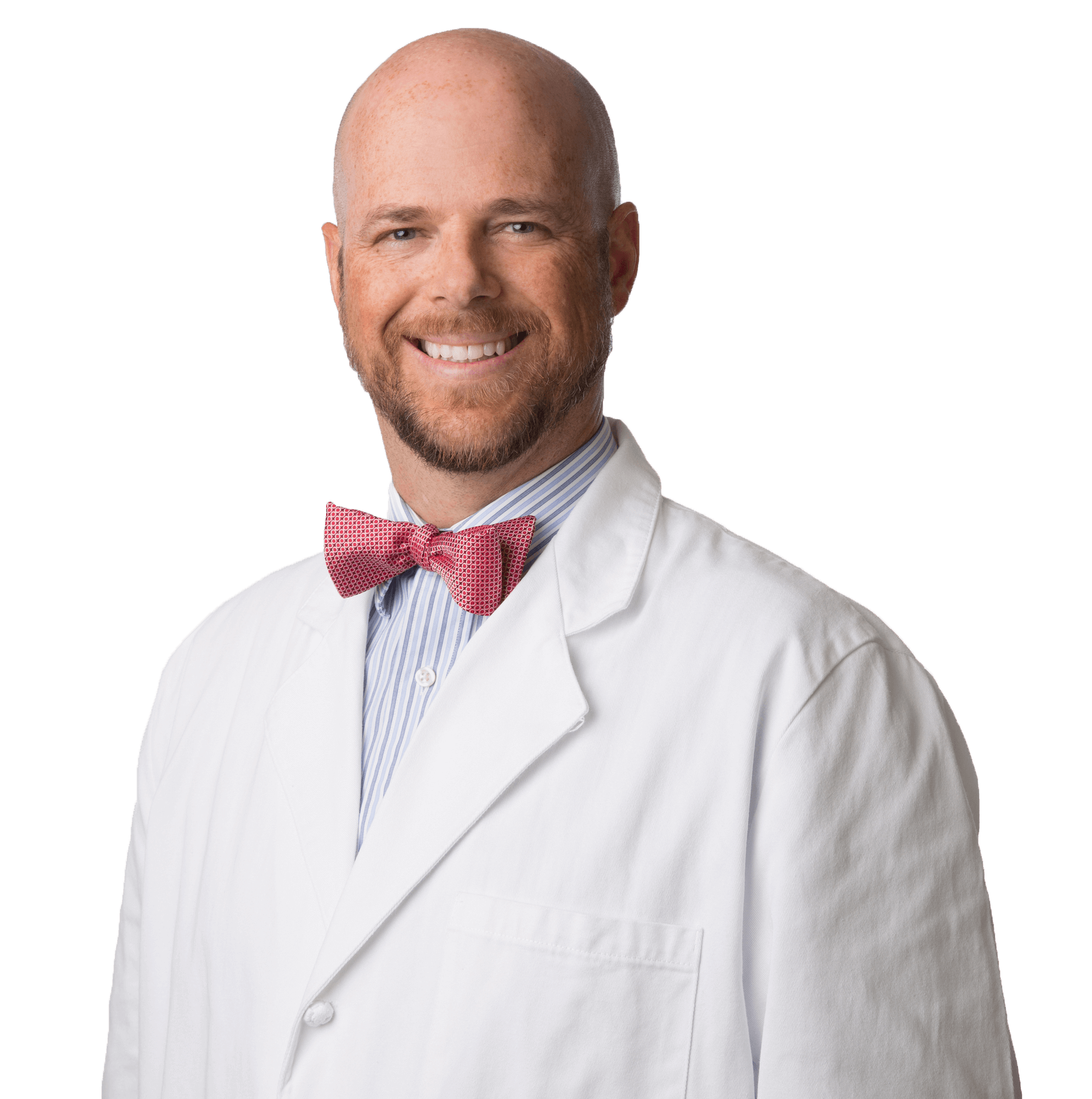 Dr. Tyler Hart was raised in the mountains of Utah and received a BS in Microbiology from Brigham Young University. He received his dental degree from Virginia Commonwealth University in Richmond, VA where he met his wife, Jana. He then practiced general dentistry in Texas for two years. He continued his education in Upstate New York with a two-year fellowship in Orofacial Pain and Temporomandibular Disorders at the University of Rochester. He stayed in Rochester for an additional two-year residency in Orthodontics and Dentofacial Orthopedics and now is thankful to call North Carolina home.

He is married with four adorable and rambunctious children, Faelyn, Lexi, Ellery, and Tate. He loves running, cycling, being outside camping, hiking with his family, and volunteering at church. Three things that most people may not know about him are he can play the William Tell Overture on his buccinator muscles, he was once vaccinated against Anthrax, and he won silverware and a trip to Portugal on The Price is Right. Come On Down! 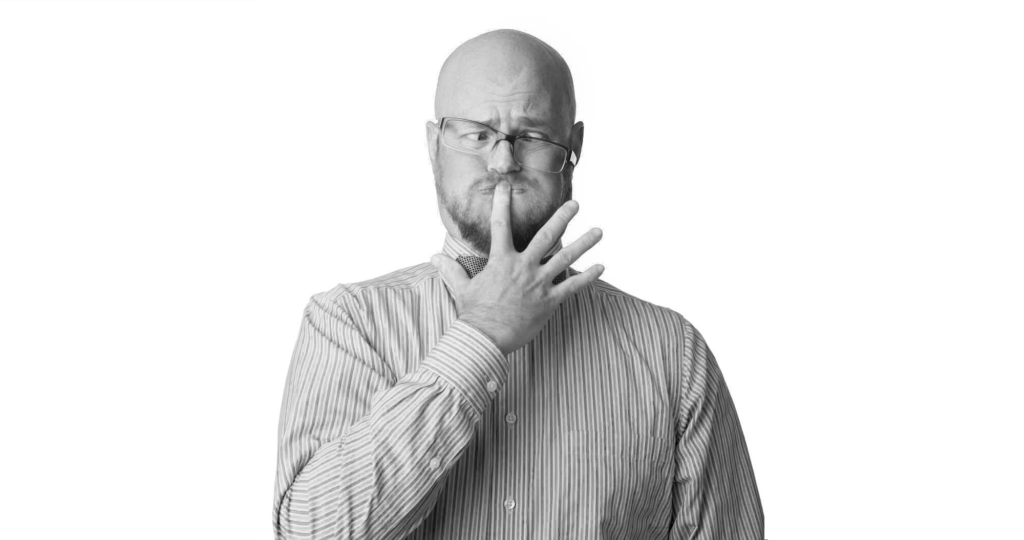 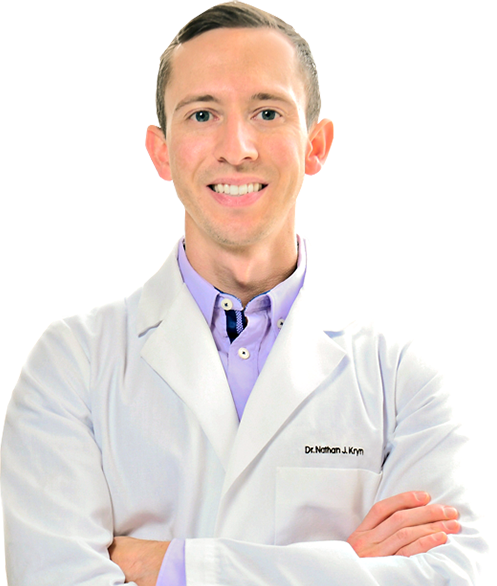 Dr. Kryn was awarded his Orthodontic Certificate and Master of Science in Dentistry from the University of Colorado Denver. Throughout his educational career, Dr. Kryn’s academic excellence was rewarded with numerous awards and scholarships. During his Orthodontic residency training, Dr. Kryn participated in various studies involving the very latest advancements in orthodontics as well as completing a professional research project in the field of Biomaterials.

Dr. Kryn enjoys enhancing his orthodontic knowledge by pursuing the most advanced proven techniques the orthodontic profession has to offer. In return, Dr. Kryn is able to provide his patients with the best of care in a relaxed and compassionate manner. Dr. Kryn is actively involved with many church and community projects. He also enjoys recreational running, calisthenics, playing the piano, cooking and is a car enthusiast. Dr. Kryn is committed to his family and particularly enjoys spending time with his young nephews and niece. 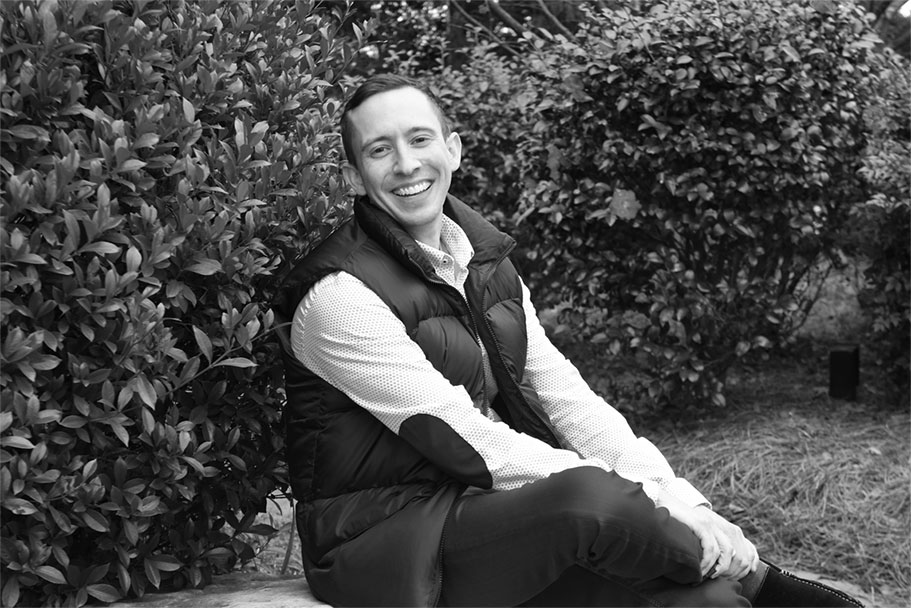 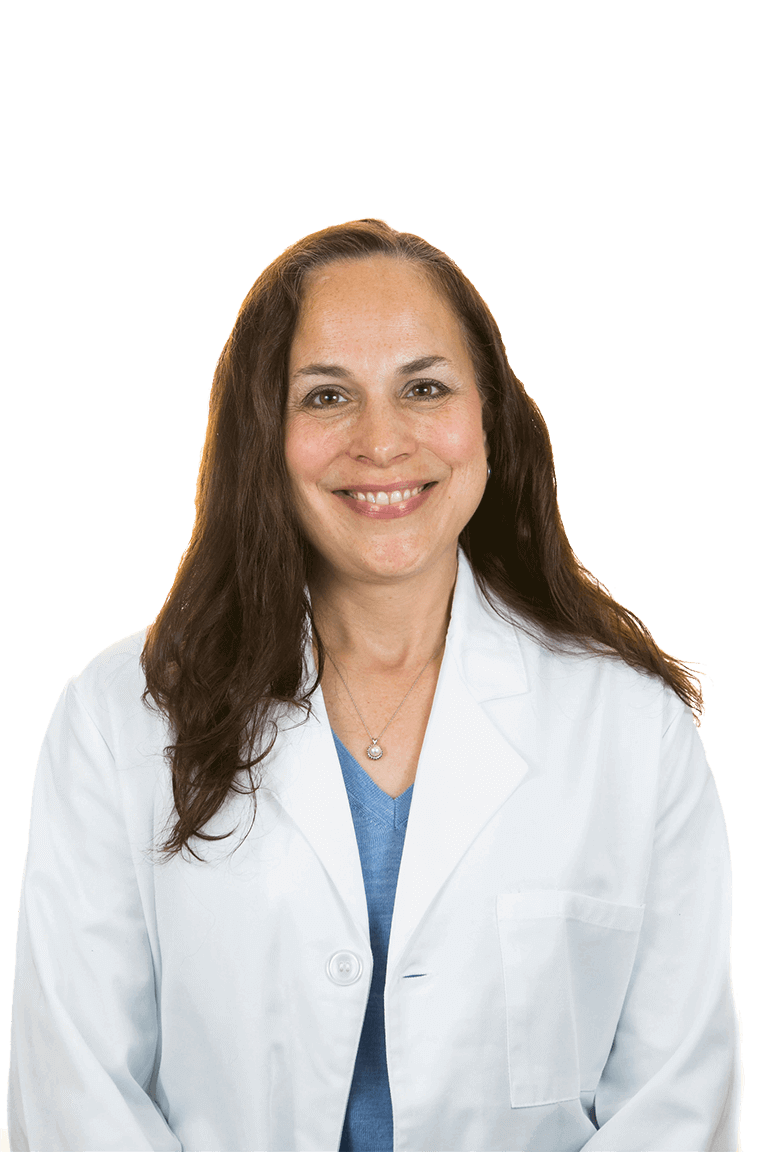 Having developed a passion for orthodontics, Dr. McGrogan went on to complete a 3-year orthodontic residency at the University of Maryland while also earning her Master of Science in Oral Biology. She then returned to Pittsburgh, PA where she went on to own her highly successful orthodontic private practice for over 15 years.

Dr. McGrogan and her husband, Jeff, always knew their futures weren’t tied to Pittsburgh forever and after an extensive search fell in love with the Raleigh area. They and their 5 children (plus 2 dogs and 1 cat) have recently relocated to North Carolina and are thrilled to be here and to be part of North Carolina Oral Surgery + Orthodontics!

Away from the office, Dr. McGrogan enjoys running, biking, gardening and is trying to become a golfer.  However, her greatest pleasure comes from spending time with her family and cheering them on in their (many) activities! 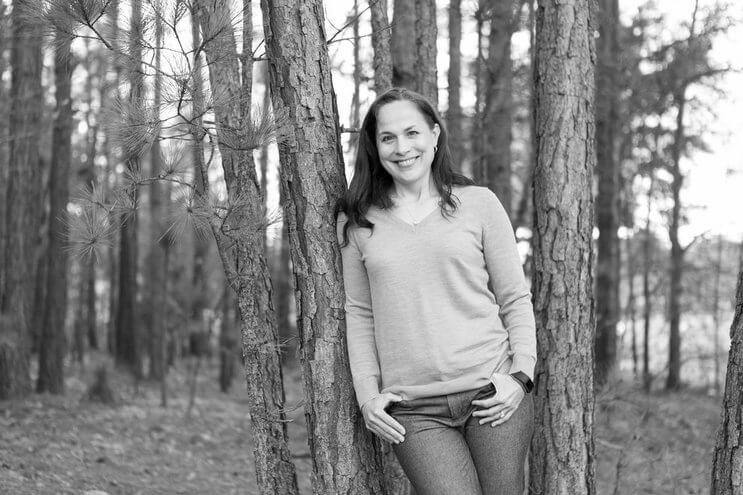 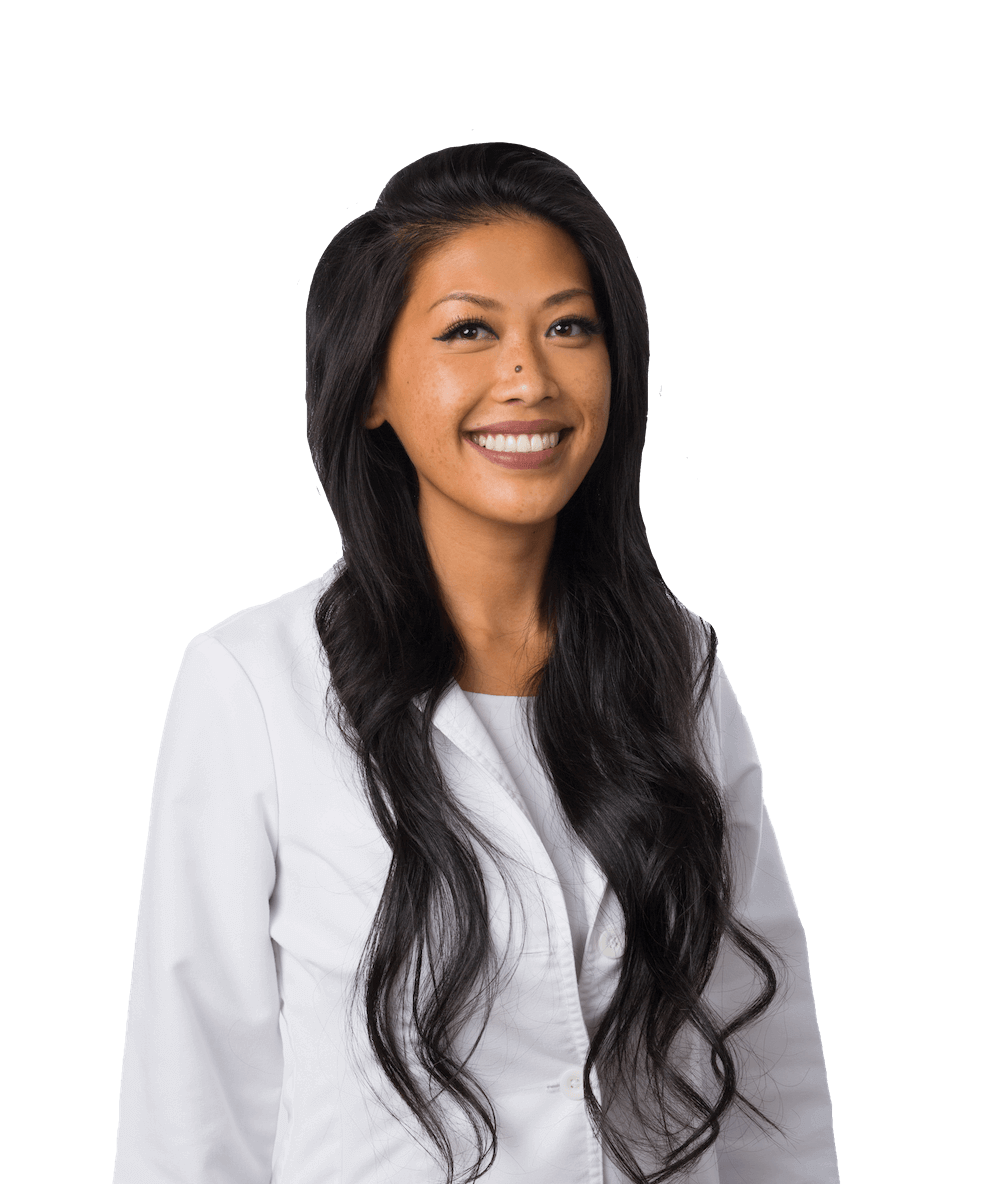 Dr. Megan Wong was born and raised in Toronto where she studied Human Biology and Cell & System Biology at the University of Toronto. After being accepted into dental school after three years of her undergraduate education, she continued her studies at the University of Toronto to complete her Doctor of Dental Surgery degree (DDS), graduating top of her class. Following dental school, she moved to New York to complete a Master’s degree in Orthodontics at Columbia University.

Dr. Wong’s passion is restoring self-confidence and she sincerely believes that smiling is the outward display of happiness that connects us to others. Helping her patients, including children, adults and families find healthy perceptions of themselves, she knows that no single approach is the right one for every individual and so has been trained in a range of modalities including conventional braces, self-ligating braces, and Invisalign.

Along with her passion for orthodontics, she also enjoys reading, traveling, dancing (a former hip-hop dance instructor), and spending her weekends exploring both the beaches and mountains of North Carolina. 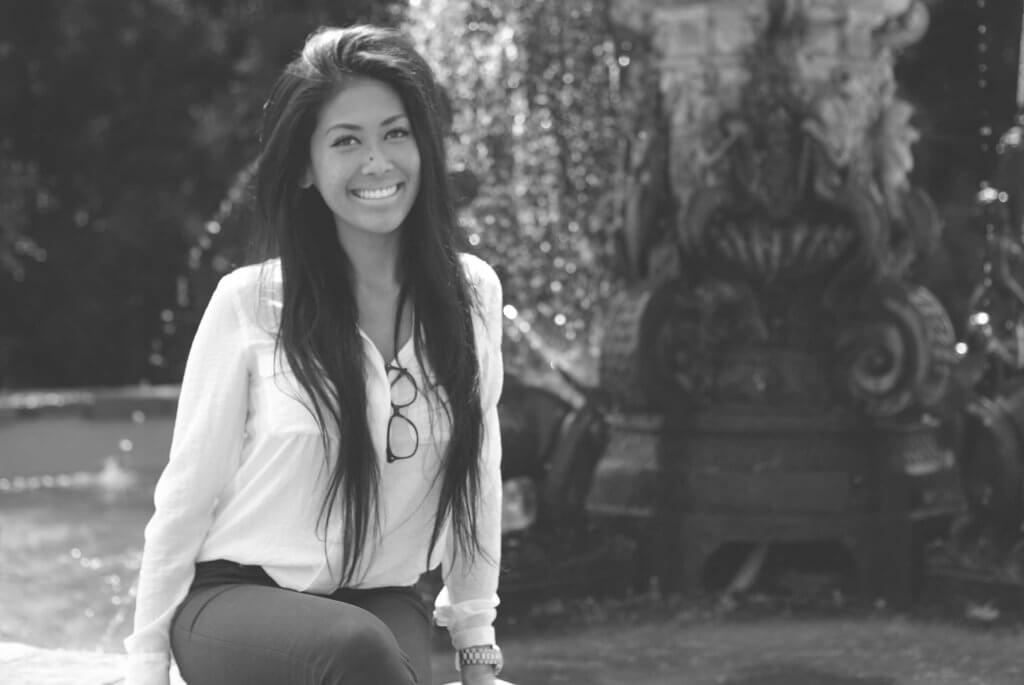